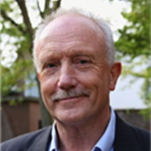 Arthur Mynett (1950) is Emeritus Professor of Hydraulic Engineering and Environmental Hydroinformatics at IHEDelft Institute for Water Education and Delft University of Technology (TUD). He received his MSc degree in Civil Engineering from TUD (1976) and ScD degree in Hydrodynamics & Coastal Engineering from the Massachusetts Institute of Technology (1980). He was employed at Delft Hydraulics (1980-2010) and IHE-Delft (1985-2015). He worked in various fields of river, coastal and offshore engineering, and became director of strategic research & development at Delft Hydraulics (1995). At IHE-Delft he served as professor of Environmental Hydroinformatics (1997-2010), as chair professor of the core group Hydraulic Engineering & River Basin Development (2010-2015), and as head of the Water Science & Engineering department (2011-2015).
He holds a number of international appointments and awards, including the Royal Society of Civil Engineers, UK (1984), the Iowa Institute of Hydraulic Research (2005), the Chinese Academy of Science (2007), Sichuan University, Chengdu (2011), and the Nanjing Hydraulic Research Institute (2015).
Prof Mynett served as IAHR Council member from 2005-2013 and as vicepresident from 2013-2017. He chaired the LOC of the 36th IAHR World Congress held in The Hague, Netherlands (2015) and was awarded IAHR Life Time Member (2016) and Honorary Member (2019).